Chapter1. Floating Cinema
Dakar is a coastal city surrounded by the Atlantic Ocean. While walking around the city, it is quite easy to find boats, ships, ports and docks anywhere in the city. Now, the cinema moving toward the sea is being planned. The floating cinema can reach anywhere in the city and appears temporary but becomes ubiquitous in nature.

Chapter2. Starting Journey to Movie
Watching films is just like starting a journey. As people enter into the cinema, the ship(the cinema itself) literally starts to sail. The floating cinema offers new and different experiences that one can fully focus on the movie of choice without distraction.

Chapter3. Recycling Materials
The cinema is made from cargo ships, barges and boats of no avail. Benches in the cinema, for instance, are from deserted and outdated fishing boats. Through recycling, the abandoned materials can revive as a new cinema for people's benefits. The cinema is a product of value-added and up-cycling process.

Chapter4. Mesmerizing Cinema-scape
The floating cinema will give a new landscape to the city of Dakar and will provide people with more emotions and experiences, which promotes creativity and imagination. 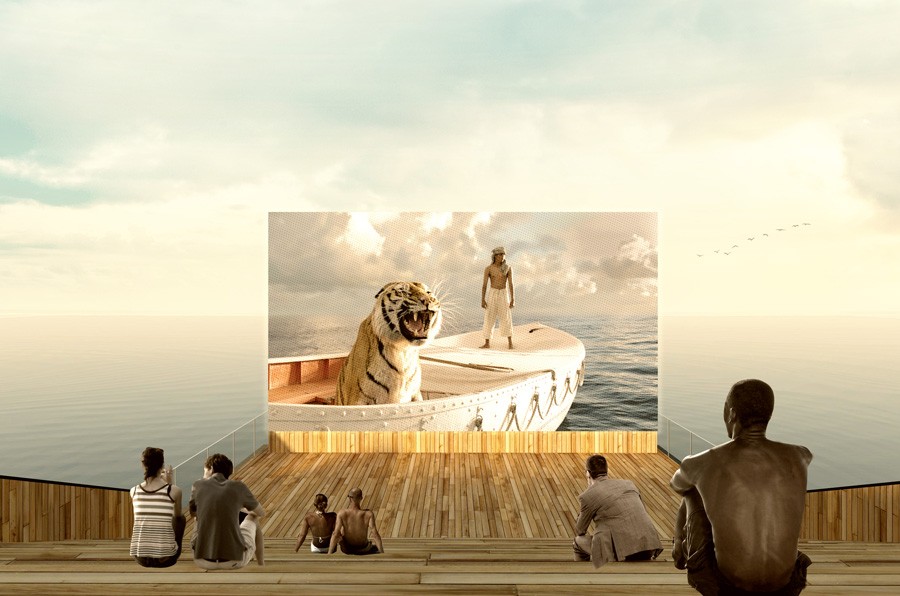 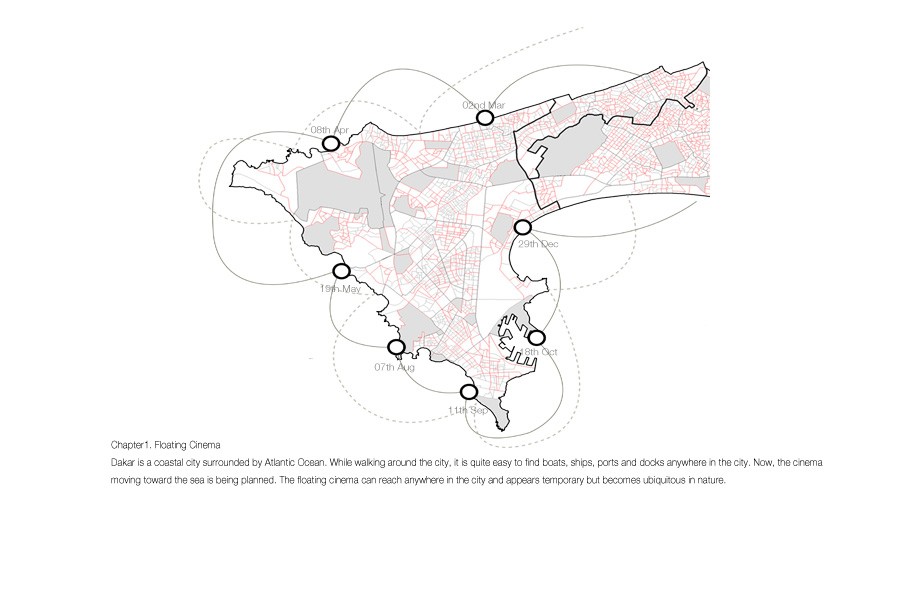 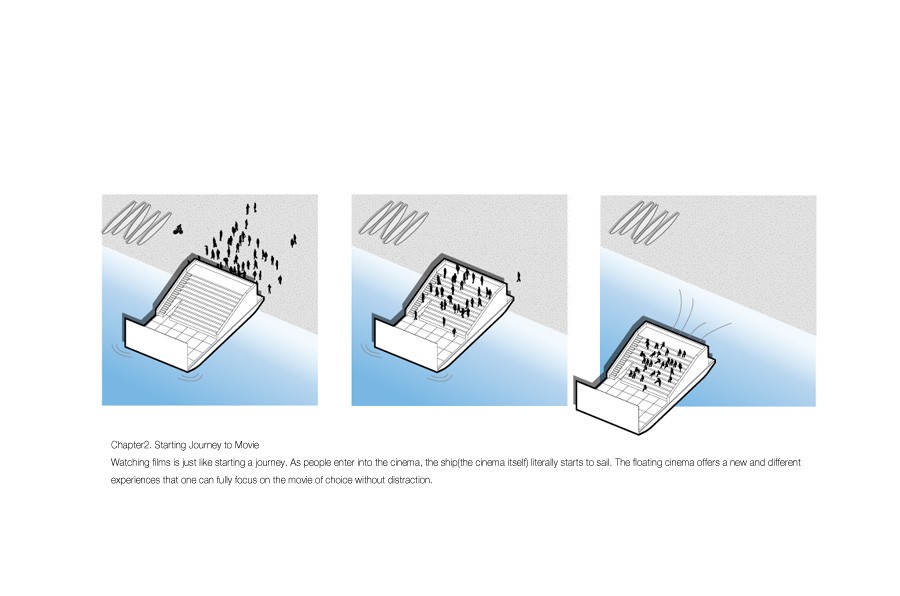 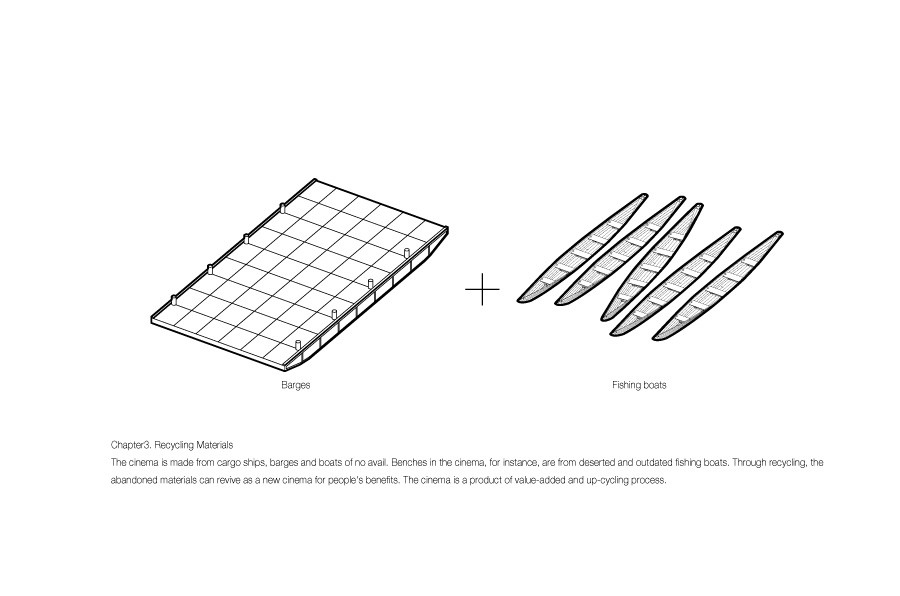 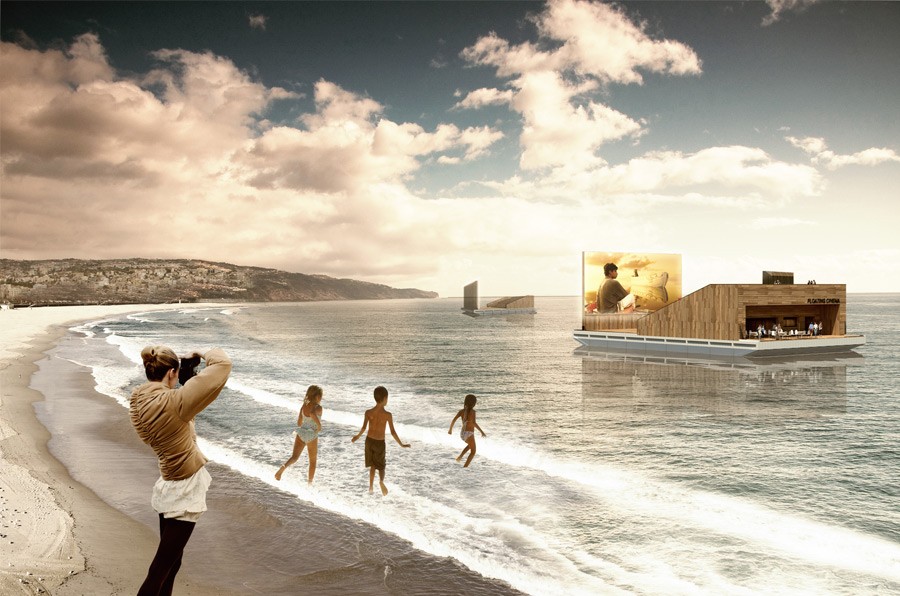 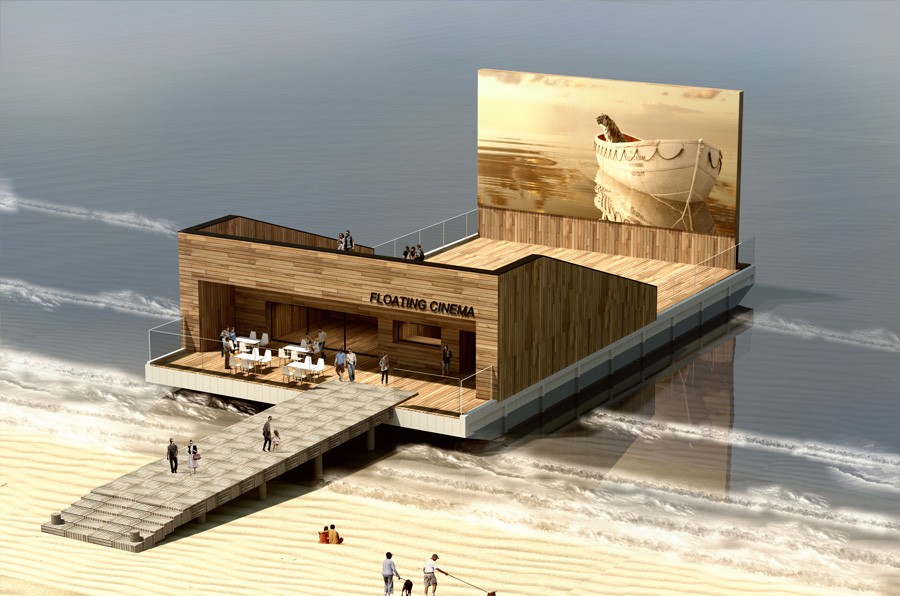 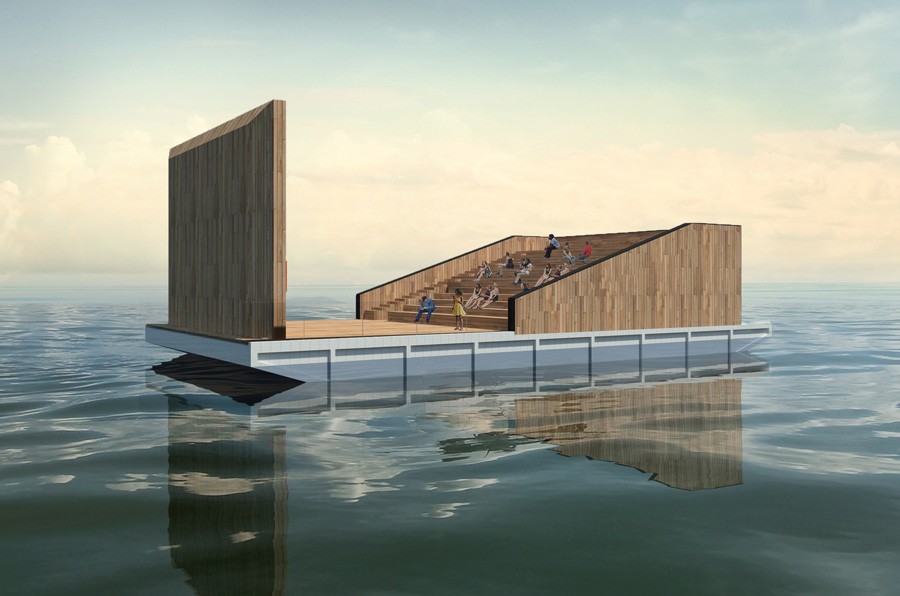