JA Curve Church, located in Jeju Island, is one of the most beautiful islands in South Korea. The site is on the outskirts of Jeju Island and is surrounded by dense pine groves along with citrus trees. The natural beauty of scenery and easy access to the location make the site a perfect place for the church. The concept is to introduce an ingenious architecture that would settle in harmoniously with the surrounding environment.

It is designed with a simple form that would accommodate various religious programs. The 1st floor consists of an office space, kitchen facility, and a conference room for group gatherings. The outdoor stairs lead to a miniature garden then into a lobby and the main chapel, all of which are on the 2nd floor. Furthermore, it is inherent for religious sanctuaries to be applied with an austere form.

A change in scale can be experienced by transitioning from the outside (lowest) to the God’s space (highest) as the ceiling height of the lobby gradually increases from 2.4m to 9.5m. In addition, the delicacy in the continuous ceiling material contributes to a comfortable prayer space. As the curved ceiling reaches the highest peak, the natural light shines into the worshiping space while the curvature hides into the sky.

Jeju Island is a volcanic island, whose land chiefly consists of basalt and lava. The lifestyle and the perspective of the people have been shaped accordingly. Basalt, therefore, has been used for the foundation and the flooring material of the sanctuary. The application of white color on the exterior façade accentuates its curved form from the surrounding nature. Simple curvature has been emphasized with its hue—white.

The curved façade reveals the metaphor of the nature of Jeju Island, as the smooth curves on the mountains in Jeju derived from the volcanic activities. The simple man-made curved form resembles the small mountains—Oreum— and can be found throughout the island. 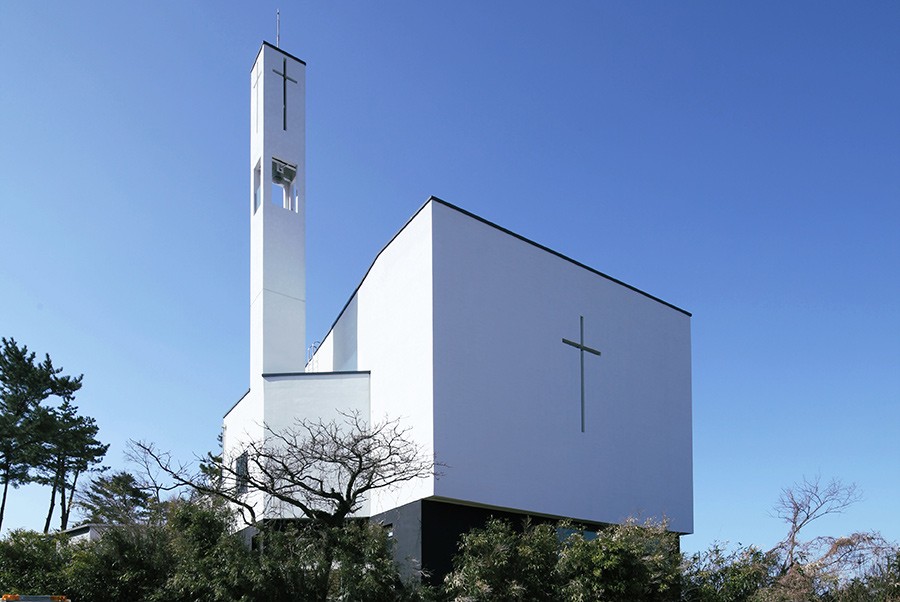 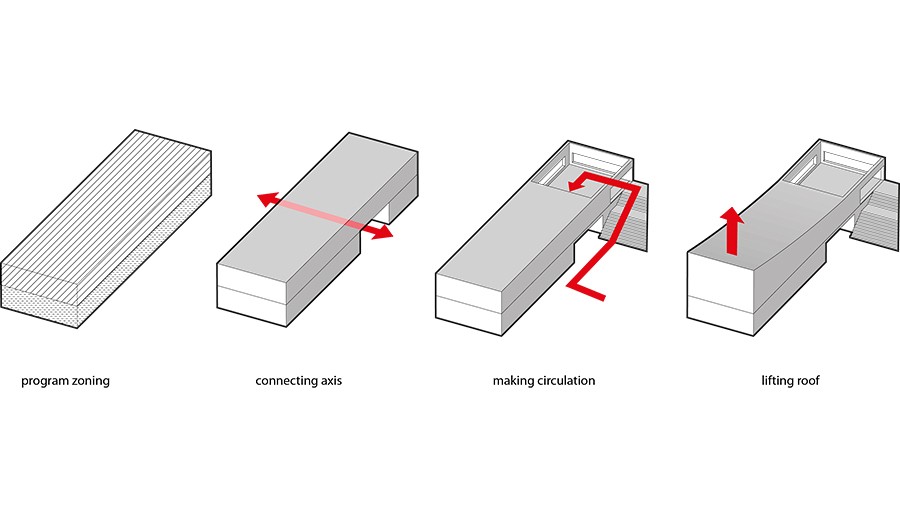 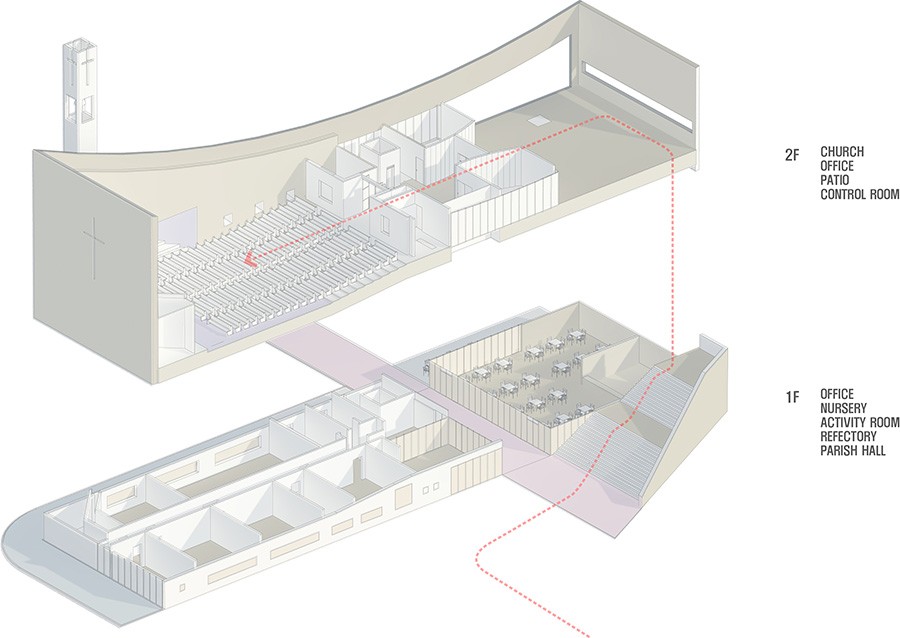 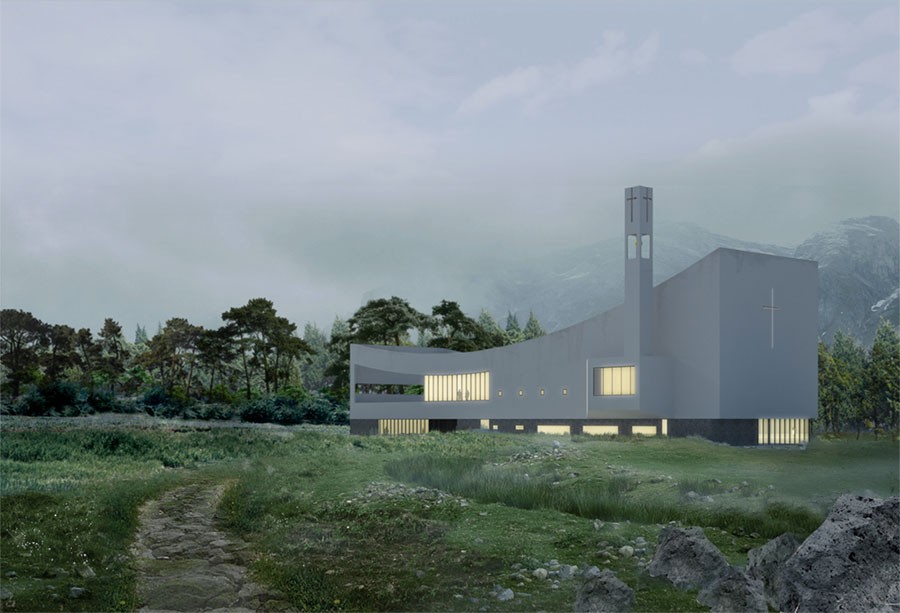 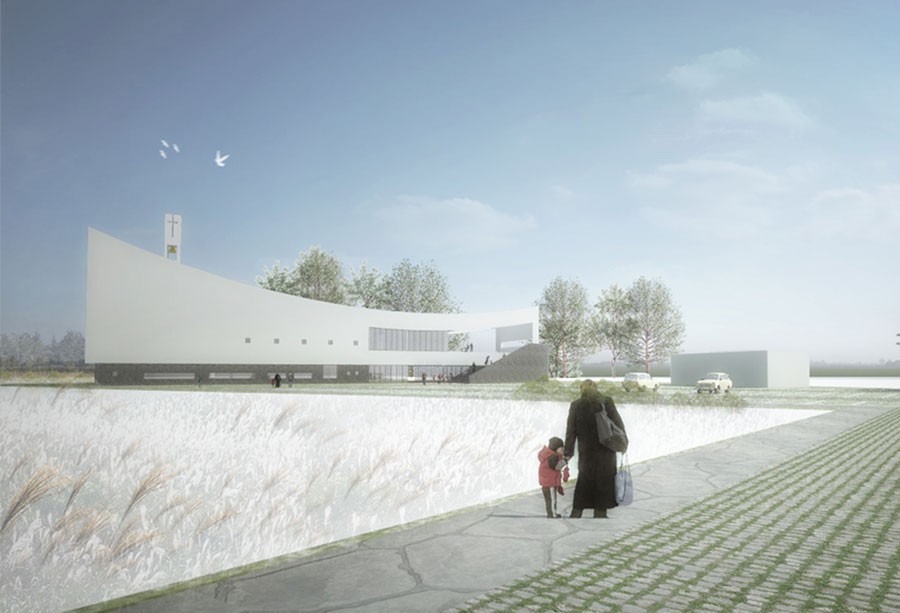 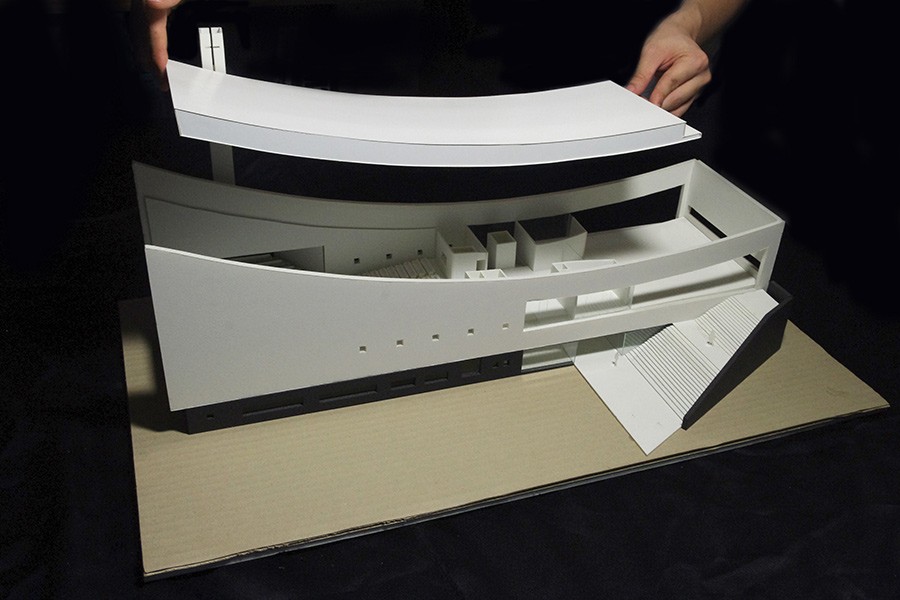 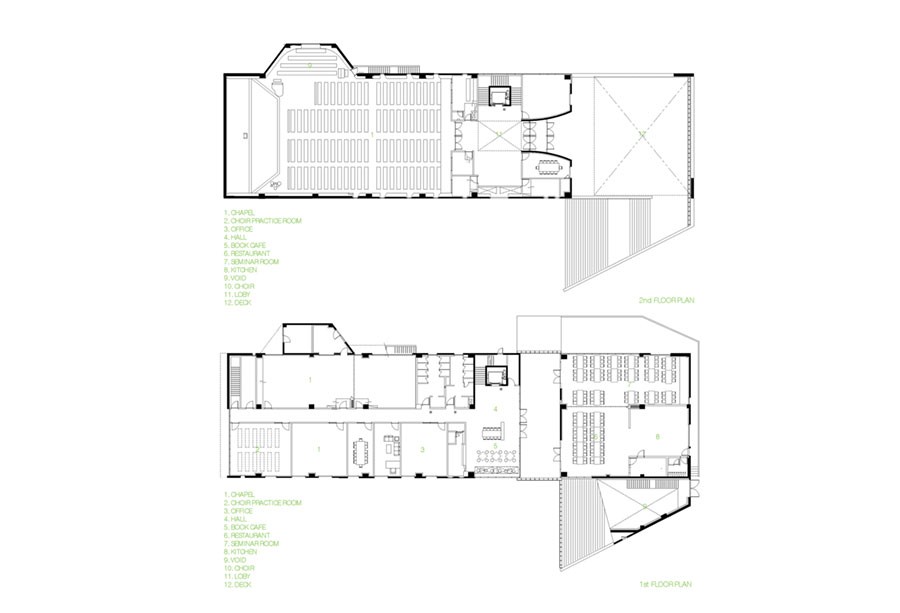 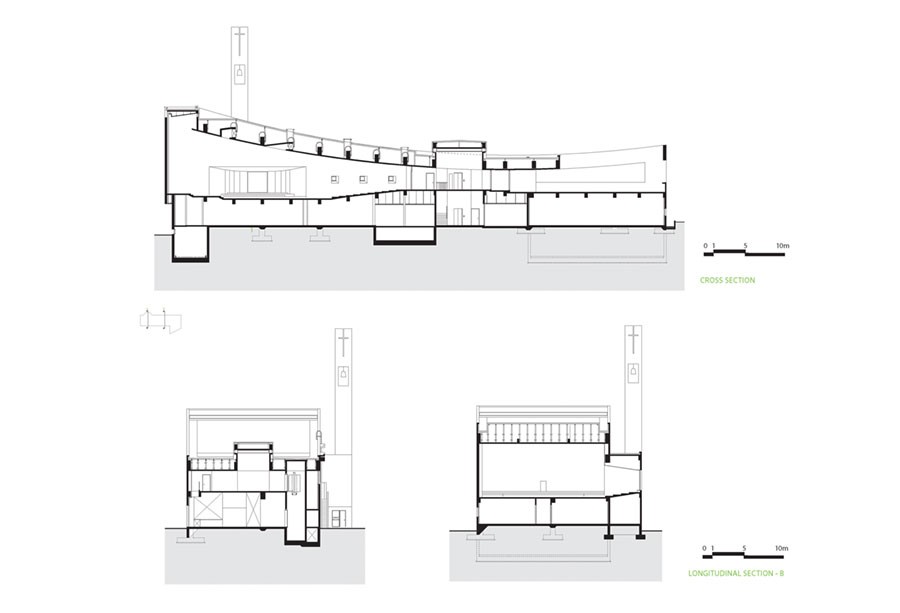 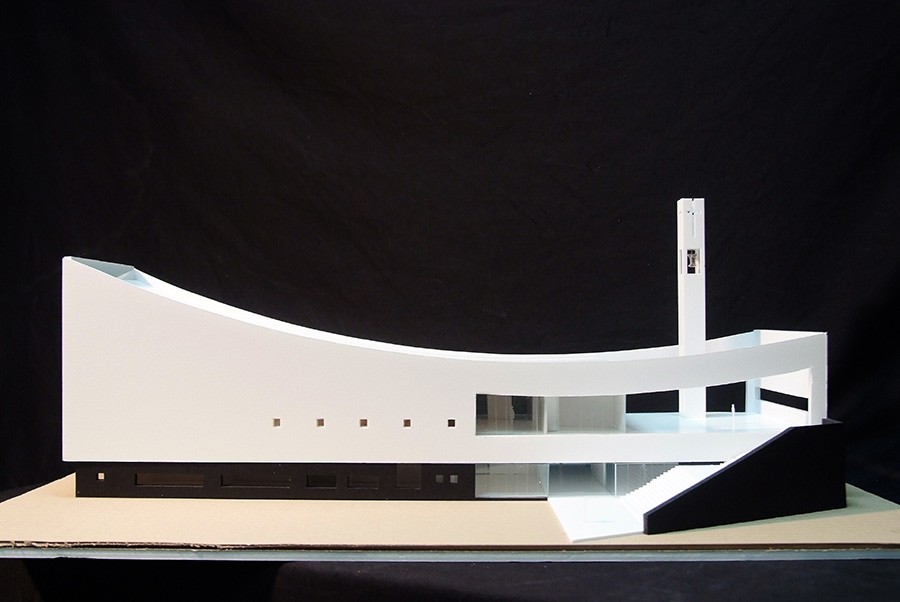 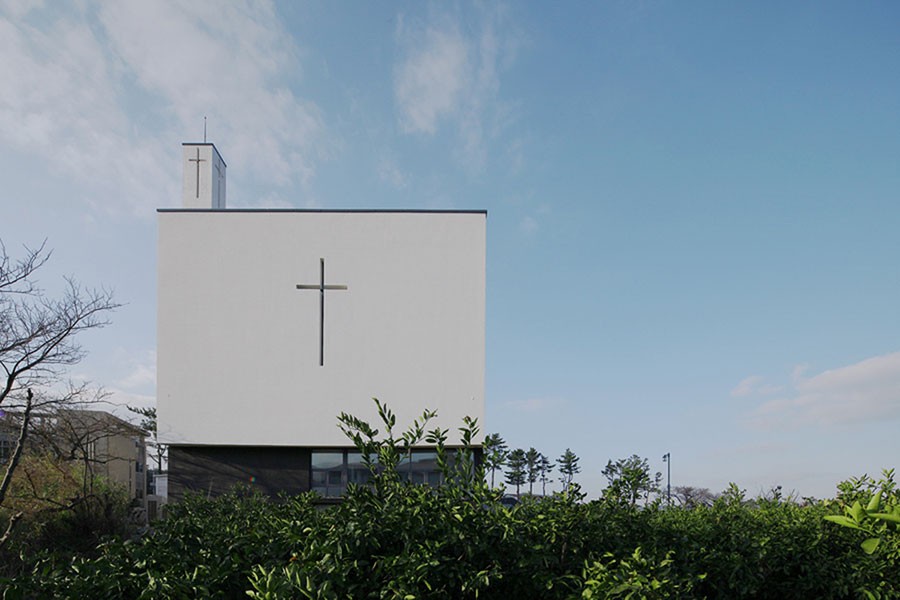 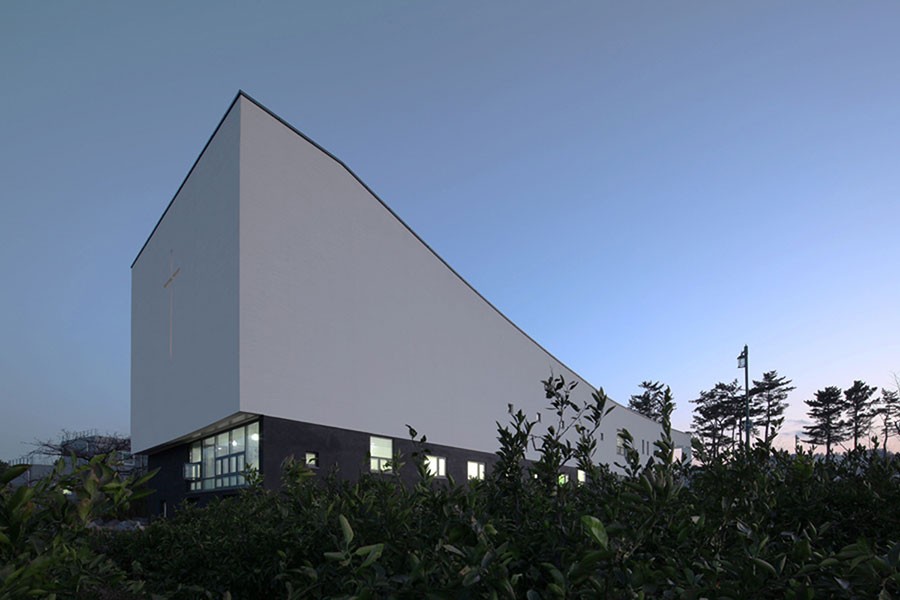 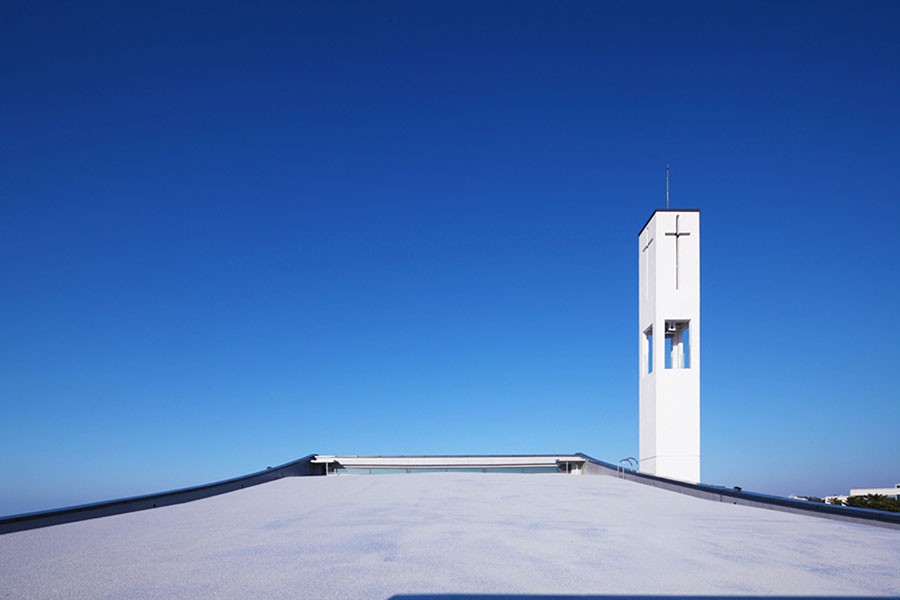